DVE Store customers Punch Drunk Productions received recognition on Blackmagic Design's press page for using a full Blackmagic workflow! See how they were able to pull of the show in the article below: Live streamed from the World Stage Theater onboard Nieuw Statendam while docked at Port Everglades in Fort Lauderdale, Florida, the ceremony featured the official dedication of the ship in a longstanding maritime tradition believed to bring good luck and protection to a new vessel and all who sail on it. Speakers included Orlando Ashford, Holland America Line’s president, the captain of Nieuw Statendam, crew members, and Arnold Donald, CEO of Carnival Corporation, which operates Holland America Line along with several other sister cruise brands. The ceremony culminated with the tradition of a bottle of champagne being dropped from the ship onto the bow. The presentation was live streamed to Holland America Line’s website, Facebook page and YouTube Channel, garnering hundreds of thousands of views across the world.

As a live broadcast and multi camera production house, Punch Drunk Productions prides itself on solving unique challenges that can accompany the ever changing world of live events. For Nieuw Statendam’s dedication, Punch Drunk’s founder and creative director Jacob Stone, along with 13 team members, designed a solution to solve three major hurdles, incorporating Blackmagic products for their ease of use, image quality and portability. 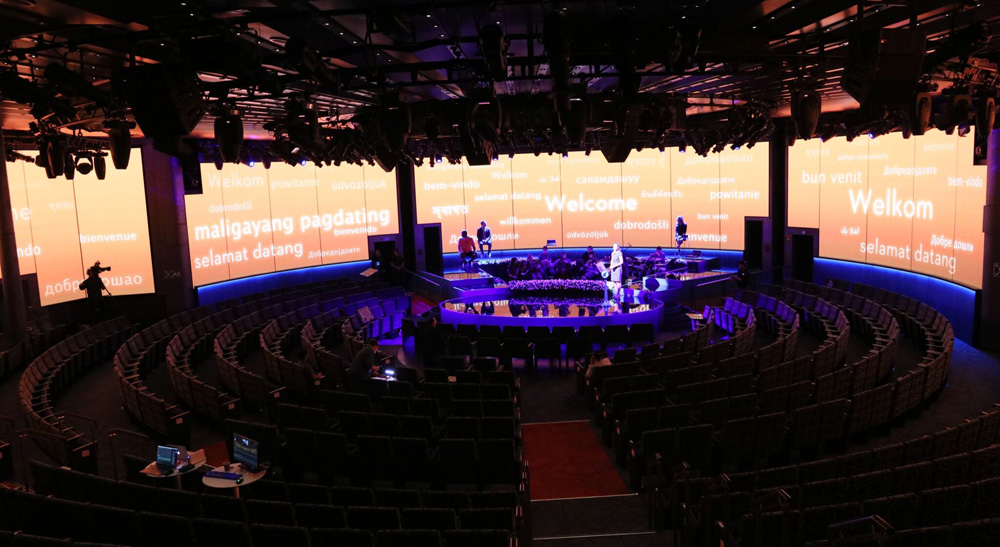 “The first hurdle was that the main stage was located on the cruise ship, but the control room was located on shore,” said Jacob. “Second, the ship would be returning from sea the morning of the broadcast, with us going live that afternoon, so there was a tight timeframe during which to fully connect the stage to our control room. Finally, the champagne bottle would be smashed on the exterior of the ship, which required a camera to be prepositioned outside the ship, as well as microphones to capture the audio, without being seen in the wide camera shot.” The Punch Drunk team used four Blackmagic URSA Broadcast cameras with Fujinon HD broadcast lenses to capture video both on and off the ship, along with an ATEM Camera Control Panel to shade the cameras. Each camera also used a Video Assist 4K as an additional monitor. In the control room on the shore at Port Everglades were Blackmagic Design’s Smart Videohub 40x40 router for signal management, ATEM 4 M/E Broadcast Studio 4K as the primary switcher, ATEM 2 M/E Broadcast Studio 4K as the backup switcher, and an ATEM 1 M/E Advanced Panel to control the switchers. “The URSA Broadcasts working together with the ATEM Camera Control Panel is a game changer,” said Jacob. “We needed cameras that could be native HD, remotely shaded, and support the B4 lens mount for parfocal lenses with servo zoom. For a camera body with these features at this price point, there is absolutely nothing else comparable on the market. The ATEM Camera Control Panel has four RCPs to independently shade cameras, with an aux bus switch built in, so we don’t need any additional SDI in and out. We can just ethernet into the system. With these products, we get the same kind of control that we would expect from a much more expensive platform.” 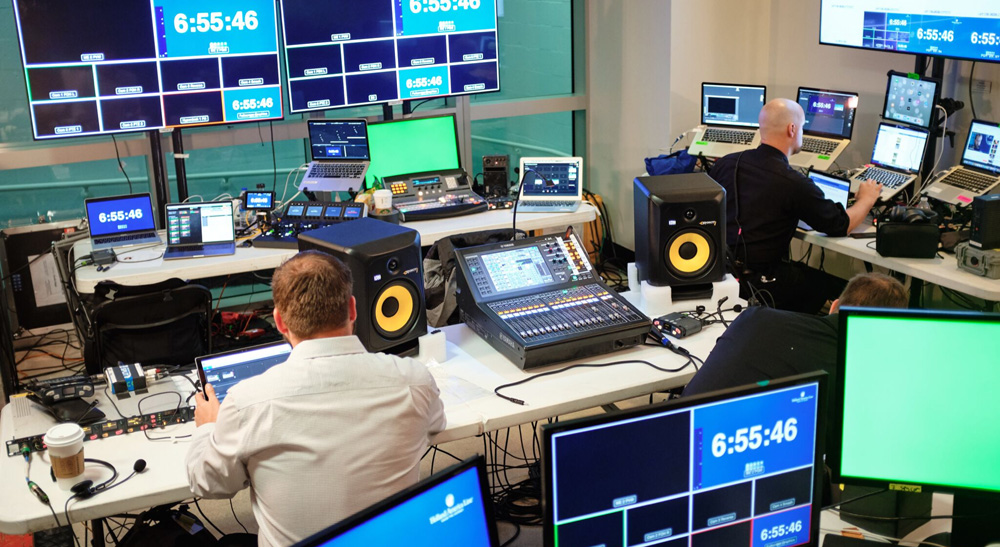 The team used tactical fiber to achieve 24 data channels from ship to shore for camera feeds, intercom, audio, and aux returns. They tested and retested every piece of equipment so that when it came time to deploy to the ship, there was zero left to chance, and every channel of fiber was meticulously labeled and documented for everybody in the control room. “This is where the Smart Videohub 40x40 router really shined, allowing us to instantly modify our routing plans once we were patched, and respond to changes that were made during rehearsals while the ship was at sea,” said Jacob. “The ATEM 4 M/E Broadcast Studio 4K was also vital to this process.” For the challenge of capturing the champagne bottle smash, the team used an URSA Broadcast under a popup tent, with audio being captured by two channels of wireless shotgun mics mounted near the shore, plus a long range parabolic dish mounted outside of the control room. The team took that video feed through another 500' piece of tactical fiber directly into the control room using Blackmagic Design Mini Converters Optical Fiber 12G, and then roundtripped the ISO exterior shot back to the ship's control room, where the live feed from that camera was displayed on a huge LED wall to the live audience onboard the ship. 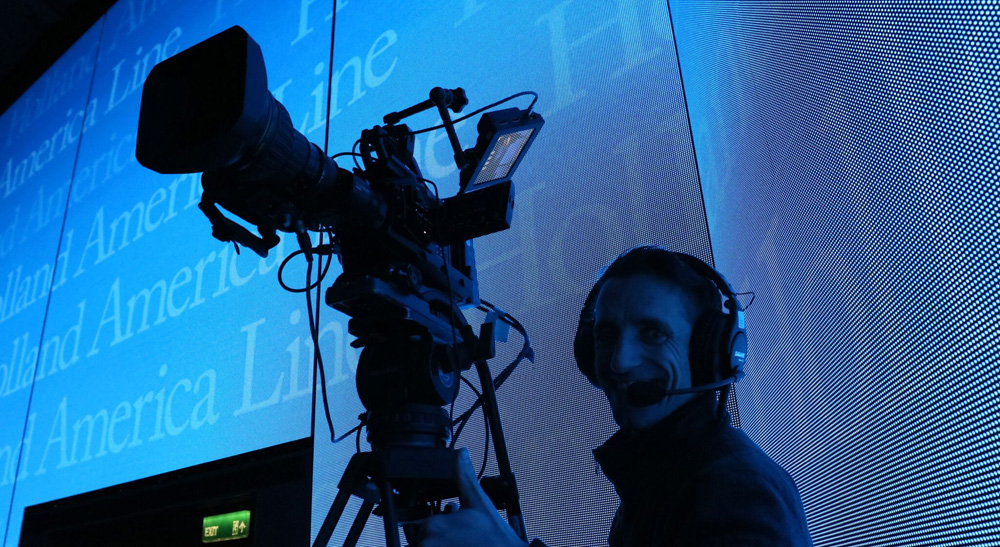 He continued, “This was a completely purpose built broadcast control room. I appreciate how modular the Blackmagic Design equipment is for projects like this. We built our cameras out in Pelican kits, each with the different configurations prepacked and ready to go. When I give a kit to one of our camera operators, they can decide on the spot which accessories and tools are appropriate for their camera position. The cool thing with Blackmagic Design is that it opens up this whole world of broadcast equipment to people who may not have previously have had access to it. When an agile broadcasting company like Punch Drunk can own the entire system end to end, we can expose a whole new generation of people to how real broadcast works.”

DVE's own Joel Wallis worked with Punch Drunk to go behind the scenes and see the inner workings of how they stream "Rock the Block Party" on Seattle's Capitol Hill.